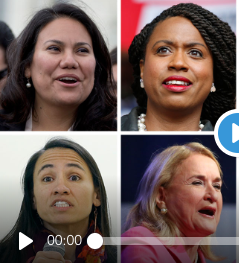 Diversity in the 2018 Elections – is the demographic of candidates changing to match that of the electorate?

In a representative government, legislators are elected to represent groups in their districts or states.  Regardless of party affiliation, governments in the U.S. and throughout the world have been overwhelmingly male dominated.  So while the obvious answer is NO, it is interesting to see how governments are changing.

Both parties will need to continue to recruit candidates that are representative of their communities.  While there is still a large differences between the percentage representation in government and the diverse make up of the country, even small representation will have a voice.

In 2018 there were more voter resources for multicultural voters than ever before as well as a significant amount of focus on the diverse candidates that were making waves in their communities.  While it is too early to tell if this becomes a trend, however looking at the changing demographic of the country, these multicultural communities need to make their voices heard.