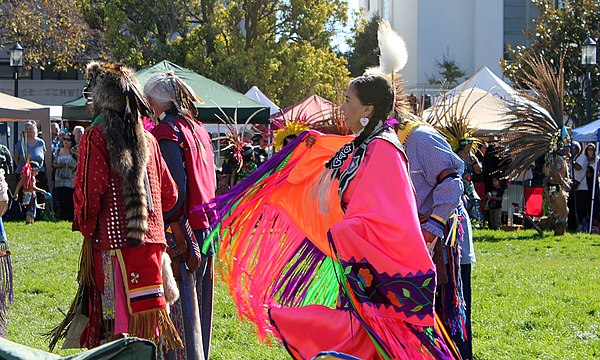 For a long time, the people use to celebrate the Columbus Day—a national holiday that celebrates Christopher Columbus’s colonization of the Americas starting in 1492— but now, the people are celebrating the Indigenous Peoples Day.

What is the reason? Many activists have fought for Indigenous Peoples Day for decades, arguing that Columbus Day, along with statues and other memorializations of Columbus whitewash the brutal history of native enslavement and genocide that represent his true legacy. In his own journal, Columbus wrote of his first encounter with indigenous people on Oct. 11, 1492, in present-day Haiti, referring to them as “servants.”(Fortune.com)

Actually, a movement to abolish Columbus Day and replace it with Indigenous Peoples Day has been gaining momentum across the country over the past few years with Los Angeles becoming the biggest city in the country last year to toss Columbus overboard in favor of recognizing the victims of colonialism.

Seattle, Albuquerque, Austin, Texas, San Francisco, Seattle, and Denver are a few of the other cities that have done the same (Nola.com).

For that reason, now is the time to celebrate the Indigenous Peoples’ Day as a holiday that celebrates the Indigenous peoples of America and commemorates their shared history and culture.