Women’s World Cup – Not Only for Women

The Women’s World Cup 2019 in France, while played by women, is watched by a diverse audience.

Soccer is a global game and has a broad appeal across gender, ethnicity, income, education and beyond.  While nothing will trump the appeal of the World Cup, the Women’s World Cup continues to increase in popularity and drives opportunities for viewers, marketers as well as expanded access to sporting opportunities for women.

One of the best sources to evaluate interest in the game comes from marketing studies as sponsorship and advertising are also a key part of the game.  According to a recent MediaPost article there are some key findings that demonstrate the level of interest and viewership among groups.

Whether watching on TV (majority) or streaming online through connected devices (OTT/CTV) the tournament is already drawing the attention of viewers in the U.S.  Of course with all sports, popularity of the tournament will also follow the results that come.  If the U.S. and France are in the Final, then of course media attention and viewership in those countries will be high.  However should they falter, you can bet that interest will decline.  The same goes for any team, especially the favorites. 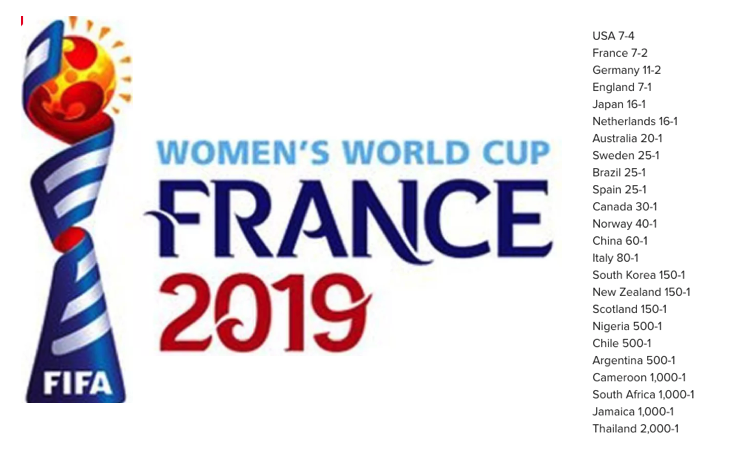 As for the chances of each team winning the World Cup, look no further than Las Vegas for the real experts (Sports Gambling) to see your team’s potential.

Women’s Opportunities and Challenges in Sports.

Regardless of the outcome, one key benefit to the increasing interest in the Women’s World Cup are the benefits in offering opportunities for women on a global level.  Adding to media attention in the run up to the tournament have been increased discussions on pay, access, and harassment.   While the battles of the U.S. team have been well documented, in other countries there are changes on the way.  For example in Colombia, Argentina and other parts of Latin America there is an increased focus on the opportunities and challenges for women and progress is being made.

The ski industry faces numerous challenges,  however there is a clear replacement to participation numbers in U.S. Hispanic, African American, and Asian American populations.  Does the industry recognize this?  While it does seem that there is an overall understanding among industry executives, actions are far less evident and that is what will need to change.

Media Post 2019 FIFA Women’s World Cup: How Marketers Can Get In the Game:

Copa America: When Where and How